To log on to a computer on the PHS campus

5. From Google Apps Station, select the type of document you would like to create: Document or Slides

(File-> "Rename"). Changes will automatically save. 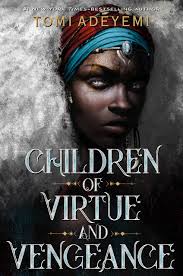 CHILDREN OF VIRTUE AND VENGEANCE by Tomi Adeyemi

After battling the impossible, Zélie and Amari have finally succeeded in bringing magic back to the land of Orïsha. But the ritual was more powerful than they could’ve imagined, reigniting the powers of not only the maji, but of nobles with magic ancestry, too.

Now, Zélie struggles to unite the maji in an Orïsha where the enemy is just as powerful as they are. But when the monarchy and military unite to keep control of Orïsha, Zélie must fight to secure Amari's right to the throne and protect the new maji from the monarchy's wrath.

With civil war looming on the horizon, Zélie finds herself at a breaking point: she must discover a way to bring the kingdom together or watch as Orïsha tears itself apart.

Children of Virtue and Vengeance is the stunning sequel to Tomi Adeyemi's New York Times-bestselling debut Children of Blood and Bone, the first book in the Legacy of Orïsha trilogy. 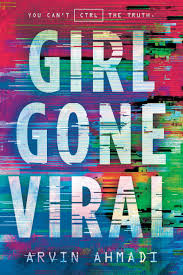 Girl Gone Viral
Arvin Ahmadi
For seventeen-year-old Opal Hopper, code is magic. She builds entire worlds from scratch: Mars craters, shimmering lakes, any virtual experience her heart desires. But she can't code her dad back into her life. When he disappeared after her tenth birthday, leaving only a cryptic note, Opal tried desperately to find him. And when he never turned up, she enrolled at a boarding school for technical prodigies and tried to forget. Until now. Because WAVE, the world's biggest virtual reality platform, has announced a contest where the winner gets to meet its billionaire founder. The same billionaire who worked closely with Opal's dad. The one she always believed might know where he went. The one who maybe even murdered him.What begins as a small data hack to win the contest spirals out of control when Opal goes viral, digging her deeper into a hole of lies, hacks, and manipulation. How far will Opal go for the answers--or is it the attention--she's wanted for years? 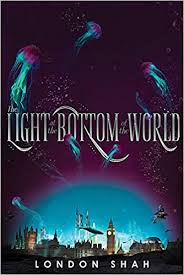 Light AT THE BOTTOM OF THE WORLD

LONDON SHAH
In the last days of the twenty-first century, sea creatures swim through the ruins of London. Trapped in the abyss, humankind wavers between fear and hope--fear of what lurks in the depths around them, and hope that they might one day find a way back to the surface. When sixteen-year-old submersible racer Leyla McQueen is chosen to participate in the prestigious annual marathon, she sees an opportunity to save her father, who has been arrested on false charges. The Prime Minister promises the champion whatever their heart desires. But the race takes an unexpected turn, forcing Leyla to make an impossible choice. Now she must brave unfathomable waters and defy a corrupt government determined to keep its secrets, all the while dealing with a guarded, hotheaded companion she never asked for in the first place. If Leyla fails to discover the truths at the heart of her world or falls prey to her own fears, she risks capture--or worse. And her father will be lost to her forever. 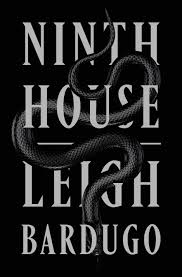 Galaxy “Alex” Stern is the most unlikely member of Yale’s freshman class. Raised in the Los Angeles hinterlands by a hippie mom, Alex dropped out of school early and into a world of shady drug-dealer boyfriends, dead-end jobs, and much, much worse. In fact, by age twenty, she is the sole survivor of horrific, unsolved multiple homicides. Some might say she’s thrown her life away. But at her hospital bed, Alex is offered a second chance: to attend one of the world’s most prestigious universities on a full ride. What’s the catch, and why her?

Still searching for answers, Alex arrives in New Haven tasked by her mysterious benefactors with monitoring the activities of Yale’s secret societies. Their eight windowless “tombs” are the well-known haunts of the rich and powerful, from high-ranking politicos to Wall Street’s biggest players. But their occult activities are more sinister and more extraordinary than any paranoid imagination might conceive. They tamper with forbidden magic. They raise the dead. And, sometimes, they prey on the living.

visit page
Our School
What genre of books would you like to see added to the PHS Library?
Teacher Resources
Online Magazines and Newspapers
Online Reference Materials

Welcome to the SchoolBlocks
self-guided tour!

The most common question we receive is, how is SchoolBlocks inspired by Pinterest? SchoolBlocks eliminates navigation bars and uses a block style layout that’s similar to Pinterest. It creates a unique and engaging browsing experience, optimizes for mobile and removes a lot of navigational complexity.

Please click on the red plus signs found on this page to learn more about specific features.